Often there is a confusion on what is WSIL and what is UDDI, what is the difference between them, as on a high level, both seem to be the same.

Both Web Services Inspection Language(WSIL) and Universal Description, Discovery, and Integration(UDDI) specifications address the same task of Web service discovery. And both contain only references to WSDL's, but do not contain documents themselves.

If both serve the same purpose, why two different specifications..?

UDDI
The UDDI specification addresses Web service discovery through the use of a centralized model.
UDDI compliant registries serve as central hubs where service providers and service requestors come together and satisfy their needs.
There are, however, few flaws in the UDDI business model that prevents it from taking off (at least today) the way it was intended:

WSIL
This is where WSIL just fits in.
WSIL decentralizes the centralized model of service publication within a UDDI registry and distributes them such that each service provider itself can advertise its Web Services offerings. The service descriptions can be stored at any location, and requests to retrieve the information are generally made directly to the entities that are offering the services.

WSIL defines an XML based language by which services can be advertised to interested consumers.

Which is better?
It completely depends on the situation.
UDDI is more advanced to WSIL in terms of the capabilities it provides. If your use case doesn't require advanced functionality offered by UDDI(some impl. like OSR provide approval mechanisms for publishing, digital signatures, etc.), WSIL is the option.
If the use case is that the data needs to be centrally managed, UDDI is the option.
Note that each of these technologies are complimentary to each other.

inspection.wsil document
All the services are advertised through WSIL using a fixed document called inspection.wsil
Once an inspection document has been created, a consumer needs to be able to find it. Consumers would only need to ping a URL such as http://<host>:<port>/inspection.wsil to discover the file's existence for retrieval. 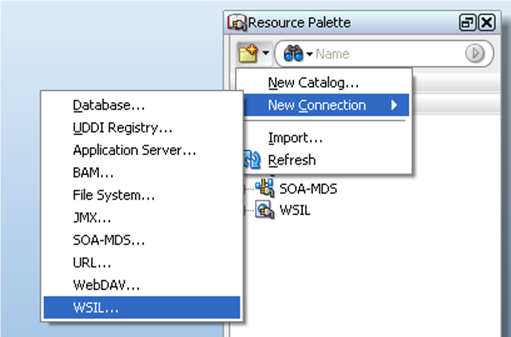 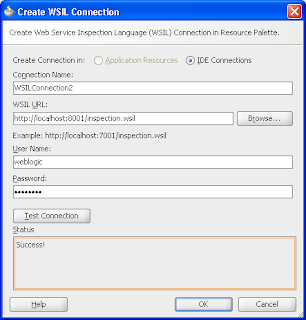 That’s it!!!
Now, You may refer to all the webservices deployed to this host through this connection.

Thanks for going through my post, feel free to provide a feedback!